It has been about three months since the idea of coaching my team to compete in the 2012 American Masters Weightlifting Championships popped up as a blip on my screen. My small team of two ladies, Susan and Jill, had been to the Masters Nationals in April of 2012 and were successful. So, they were well aware that the decision had to be made to accept the discipline of training, plus the travel, the planning, and worst of all the stress of the weigh-ins – AGAIN. We’re talking Masters here, so there would be no money and no sponsorships – only the self-satisfaction of defining a plan, a goal and following through. Then, there was the glory – It was an unforgettable success!

I always urge my regular clients at the gym to have a plan and a goal as part of their training. So, when Susan and Jill said, “Hey Eva, we want to go to the Masters Nationals in weightlifting!”, all I could do was say “yes”, and “I’ll be there for you.” Along the way, the small team of two became three and then four and, at the last minute, Sharon, an unexpected competitor flowered and we were five! We were headed to Los Angeles, well, Monrovia actually, to the American Masters Weightlifting Championships.

The day came and went, but not without drama. Susan was my first athlete and in a class by herself. When it came time for her to lift, we realized she would be “following herself”! She has such high numbers on her lifts that there were no other ladies in her class. There would be only two-minutes between lifts – not enough time to recover between efforts! The great support system of other coaches whose athletes compete taught me how to “work the system”. I had done my homework and let the bar loaders load the bar, waiting an exact amount of time and then declaring my athlete’s next lift at the last minute. That bought me an extra two minutes! We needed it! My gal went on to break her own record in the snatch at 42 kilos! Susan is 60 years old and you’d never believe it. I was psyched!

Jill and Sharon were in the next session of lifting and one of them informed me that she did not “make weight.” You’ve got to declare your weight class in these events and weigh in 2 hours before your session. You have one hour to make weight. I gave the ladies specific guidelines on how to structure their diet the week before. If you don’t follow it to a T, you might not make weight. My athlete was about 0.1 kilo over. I told her to find some gum and fill up half a cup with her saliva. It worked, whew! Dodged another bullet. I was managing both of these ladies in this session, which can be a challenge. However, the women lifted different amounts of weight, which gave me some time to warm them up and get them on the platform. They were a little stifled by nerves, and I had to watch them miss lifts that they were physically strong enough to make. Their nerves brought them down. The good news was that both of them got it together for the Clean and Jerk, and both went home with medals.

Finally my last two competitors, Miriam and Kelly, were up to lift. We are now in hour number 6 in the day. They both lifted very similar amounts of weight, so now I have two ladies competing – one after the other. You get 30 seconds to declare your lifter’s next weight, but when you have one going on the platform and one waiting to go – three times in a row, it gets crazy! On top of all that we could not hear the P.A. system, and things got exciting to say the least. There were a few times the clock started running and we thought someone else was going to lift, but it was Kelly, one of mine! She almost ran out of time, was rushed, but made her lift. It was not optimal. At this point, I started to sprint from the judges desk out to the staging area, and this made things run a little smoother, but I could have done without the surprises! Both of these lifters, snafus and all, medaled and were happy campers. I wore my MotionX step counter that day, and I walked 7,500 steps coaching my competitors. I was happy, but exhausted.

The thing that amazes me is that these ladies hang in there. The improvement from the training is certainly fun. But, the sore bodies, the lulls in progression and the pre-game dieting and jitters gets to be a collection of stressful circumstances. Is it worth it? It all comes down to one day and six opportunities to show your stuff on the platform. I hear pre-competition exclamations like, “I can’t wait until this is over” to afterwards, “I can’t wait to do it again!”

I’m sure I will be there. Congrats Ladies!

Handstand 1 minute, hold bottom of the squat for 1 minute, 5 rounds~GO! 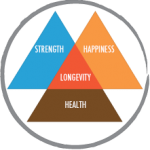 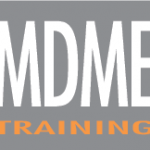