Stress-induced Breach of the Gut Lining

The intestinal barrier can be damaged by life threatening injuries, psychological stress1, NSAIDS, prolonged physical exertion2,3, and/or heat stress4,5,6. Heat stress will be covered separately in a later blog.

A healthy gut has protective bacteria. When exposed to extreme stress and/or harmful drugs these bacteria are destroyed, releasing endotoxins that breach the intestinal barrier, enter the blood stream, and cause harmful local and systemic inflammation.

Nothing like some good pictures to bring home the reality! These four-slides illustrate the normal, intact intestinal lining of microvilli followed by a sequence of damage and destruction deep into the intestinal walls and blood stream.
(From Lambert GP: Stress-induced gastrointestinal barrier dysfunction and its inflammatory effects, J Anim Sci 2009, 87: E101-E108. With the kind permission of the Journal of Animal Science )*

It’s all about self-preservation. Our gastrointestinal tract is our hidden, inner, first-line armor, lined with protective mucous membrane and delicate multitasking microvilli. Its smooth (involuntary) muscle structure conveys its contents in phasic peristaltic waves. Every single cell of this remarkable softening, digesting, protecting, rejecting, reabsorbing, moving and expelling organ depends on the common sense of its host for its smooth, efficient operation. It needs to be free of bad food, intolerable drugs, activities that rob its cells of O2 , and all kinds of avoidable stress.

Apart from the myocardial scarring in the exercised overloaded heart that leads to arrhythmiasi, prolonged, severe physical exertion also results in damage to the intestinal lining. Following the 1998 Hawaii Ironman triathlon in which men and women swam 2.4 miles, biked 112 miles, and ran 26.2 miles, Lambert et al measured intestinal permeability compared to control subjects ─ approximately 465% above that of control subjects for the men and 350% above control for the women.3

Consider this. The damage to the gut from severe exercise are physiological adjustments meant for life-threatening situations ─ something or someone we desperately need to run from, hide from, or confront and fight. It’s called survival and it causes and O2 -steal from the gut to provide O2 for the skeletal muscles, heart and brain so that you can run, think straight, stay conscious, and drive your muscles hard. Yet, time after time athletes elicit this drastic psycho-physiological reaction in the name of “SPORT” or “fitness”.

So, how much is too much? “One-hour of exhaustive physical activity leads to small intestinal injury and short term loss of gut barrier function in otherwise healthy individuals.”8 It’s important not to compound the injury with NSAIDs.

“Nonsteroidal anti-inflammatory drugs (NSAIDs) are effective in treating inflammation, pain and fever, but their cardiovascular, renal and gastrointestinal toxicity can result in significant morbidity and mortality…” 9

The NSAIDs role in damage to the GI tract is no surprise. We’ve known this for a long time10,11, but 26 years later NSAIDs are still being used by athletes before, during, and after training and even during competition12,13. Most of us who workout at some level know better, and we have friends who also know better, but still we take a large dose to “hit the inflammation hard and fast” and get back under the bar, climbing, or on the bike or soccer field ─ as if taking a big hit once will avoid the damage. And, sorry, if you’re over 70, you are at greater risk at every level ─ gut, cardiovascular and kidney. So take care.14

Adding insult to injury. Endurance athletes cannot help but recognize unpleasant vomiting and diarrhea (sometimes bloody) during or after a triathlon, Ironman, or long distance run when the blood flow destined for their GI track is necessarily rerouted to the needy skeletal muscles, skin, heart and lungs. Insult is thrown into this mess by the addition of NSAIDs when the athlete has already significantly compromised his intestinal well-being. A 2012 study demonstrated that cycling after ingesting Ibuprofen, increased upper GI (stomach and duodenum) and small intestinal permeability in healthy individuals16. Consuming aspirin or Ibuprofen at therapeutic doses 24 hours before a 60 minute run at 70% VO2max results in significant intestinal permeability17. This is also true when such a long run is made without fluid intake during the run18. If, in spite of the known damage, you must engage in severe physical exertion, at least don’t add NSAIDs to the mix!

Soldier!!! I don’t give a rat’s ass that you just crapped your pants! Now move it!!!
(Stress, Leaky Gut, And Gastrointestinal Upset Published October 13, 2013 | By Ray Medina )

There may be no other profession or activity that embodies all of the definitions of stress and renders significant damage to the GI track then that of the soldier. Never mind the stresses experienced in actual combat, prolonged combat-training not only induces the expected increases in stress, anxiety and depression, but also increases intestinal permeability and pro-inflammatory immune activation20. I wonder if we ever do this to our misbehaving children, and, if so, can they protect themselves by dialing us out?

* Animal testing. Carefully bred rats with documented genetic histories and genetic consistency are used in animal testing because of their short life span (2-5 years), frequent reproduction, large liters, and similarities to human biology. Researchers do not have to wait long to evaluate test results across several generations of a rat. The FDA requires animal testing before clinical trials can be done.

Mary Boudreau Conover, retired RN, author and lecturer has been a friend of mine for over 10 years. She is a wealth of knowledge and knows how to sift through legitimate scientific studies and write about the bottom line. Eva T. Strength and Conditioning is honored to have her contribute to our list of articles that will contribute to the health and fitness of all of us and our blog followers. Thank You Mary! – Eva T. 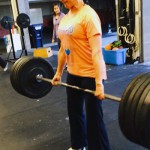 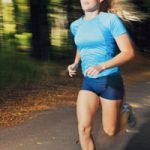